From North to South in the Philippines

During the first half of November, our team was on the move in the Philippines. Made up of 7,107 islands, the Philippines is the second largest archipelago in the world. This past fall, our team fit patients across four of the larger islands in six cities: Pampanga, Davao, Manila, Baguio, Cagayan De Oro and Camarines Sur.

With a population of over 104 million, the Philippines ranks in the top fifteen most populated countries in the world. Together with the help of volunteers from Starkey Australia, we served over 5,100 patients. 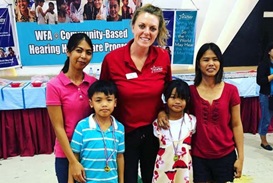 Cousins Ashley (8) and Andrew (10) were brought to the hearing mission by one of their mothers. They were so happy they received hearing aids and hope to now be able to finish school. 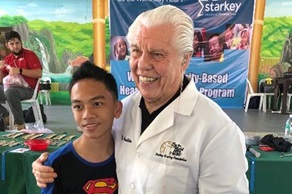 This 15-year-old patient was very happy to see the Starkey Hearing Foundation team once again. He had met Bill Austin and was provided hearing aids five years ago. Now he wants to be a computer engineer. 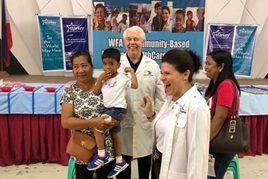 Four-year-old Don Andrei was fit by Mrs. Austin. His mother and grandmother became very emotional and were brought to tears when Don was fit with hearing aids and heard for the first time.