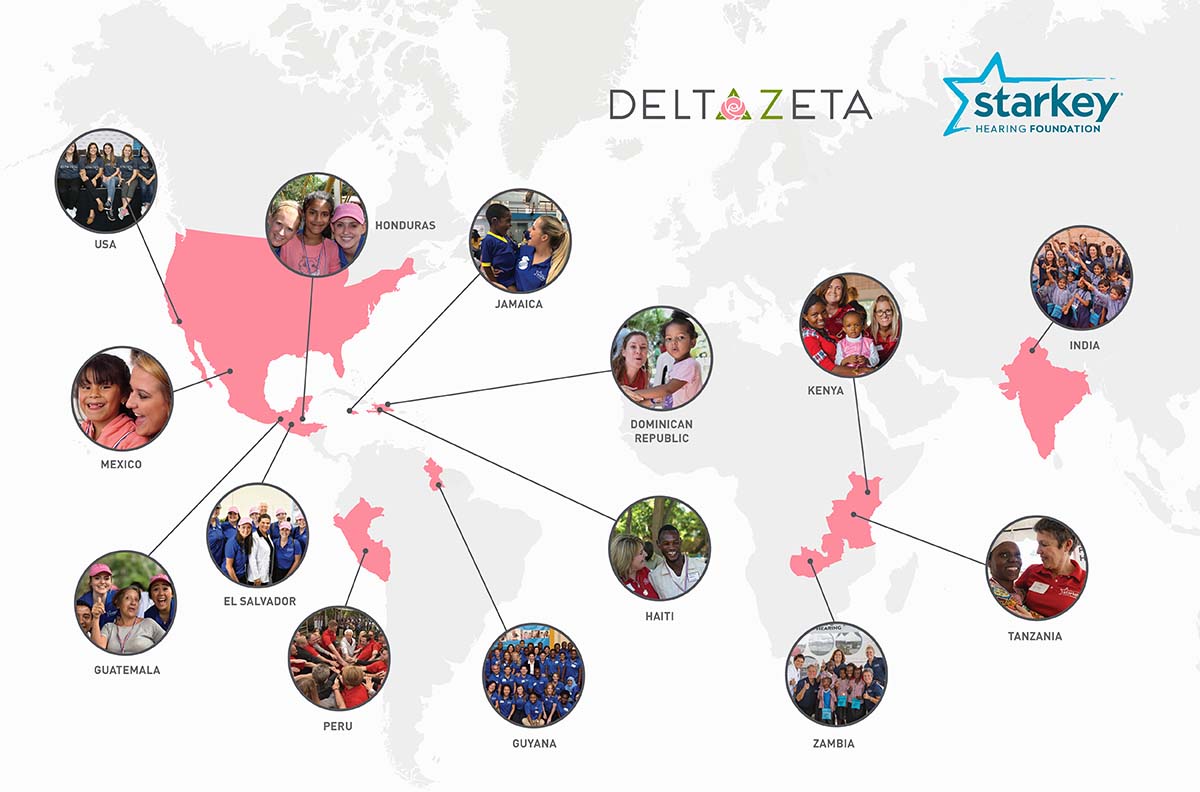 2006 – At Delta Zeta’s National Convention, Starkey Hearing Foundation was voted a philanthropic partner for the cause of speech and hearing.

2020 – Delta Zeta members attended a mission in Jamaica and completed their pledge to raise $5 Million in 5 years.

Rayovac has been a power source for Starkey Hearing Foundation for years. While Rayovac products lead the world in battery power and innovation, their batteries also power the hearing aids our patients receive.

Through their support, Rayovac continues to help us improve the lives of thousands around the globe through the gift of hearing. To learn more about Rayovac and their products, visit Rayovac.com